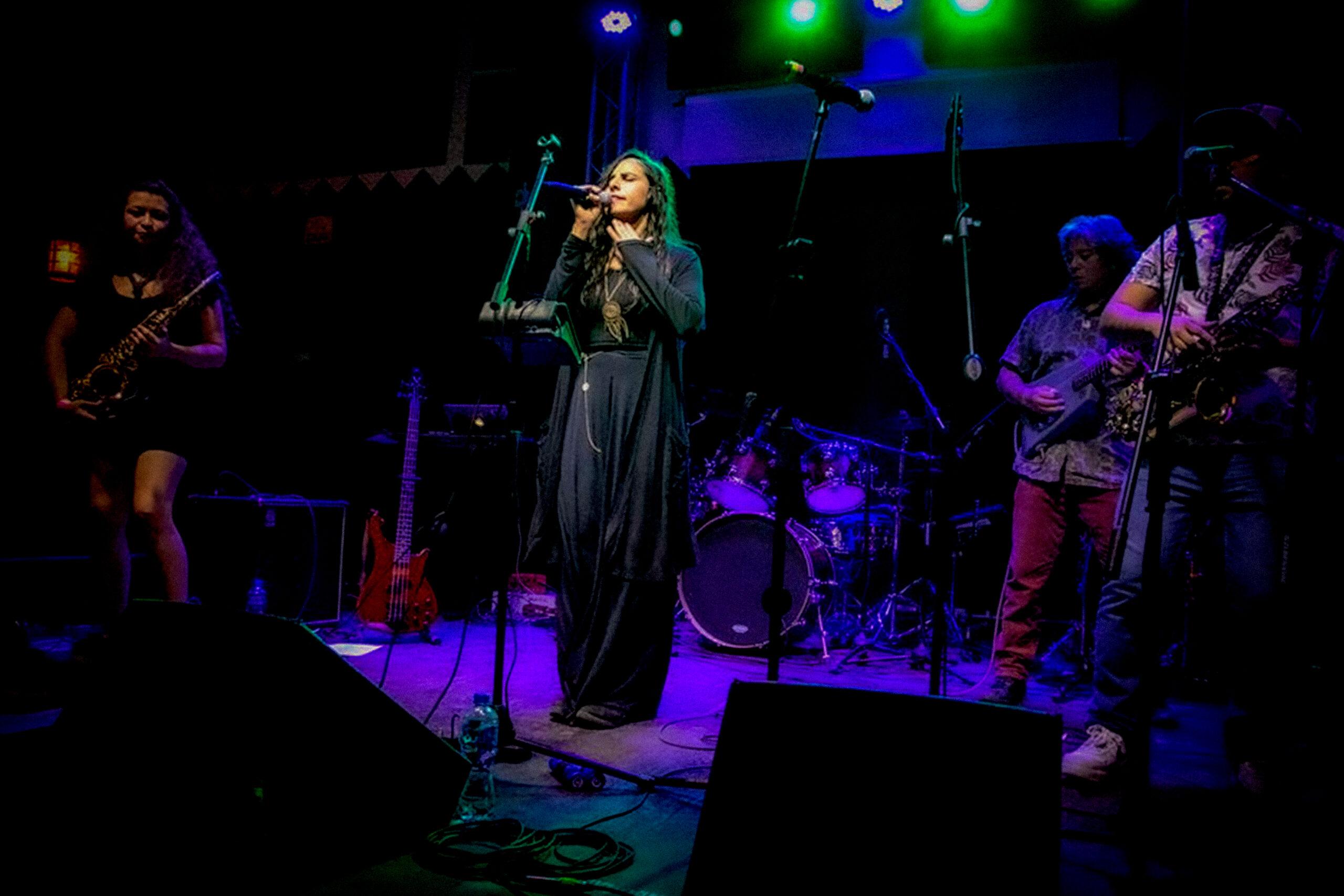 Suika T is a vocalist , rapper, percussionist and ukulele performer, renowned for her world tours.

Suika T is a vocalist , rapper, percussionist and ukulele performer, renowned for her world tours.

Parallel to her career with Casa Verde Colectivo and Santo Color, she began the first recordings of her personal project in 2013 at Narayan from Zion’s recording studio, in California. Later, Suika T began to produce material with Fernando Mendoza (TBN studio) mixed and mastered by Sacha Triujeque (Gustavo Ceratti, Kinky, etc) with songs written and composed by her.

After multiple tours , Suika T has compiled creations and collaborations in various countries such as Mexico, Brazil, Spain, Switzerland, Dominican Republic, The United States and Puerto Rico. Suika T has created a unique and original concept, refining her sound, collaborating with distinct producers with various styles.

As of 2018, she began to launch her personal project, playing in various festivals and shows In Mexico, transmitting her message.

Coming from a family of artist, she developed and forged musical tastes early on. Her Mother Margarita Preciado, pianist and poet: instilled in Suika T a passion for lyrics and melodies, leading her to travel and experiment with instruments.

Suika T began to learn latin percussions (congas, bongoes and minor percussion) in Matanzas Cuba, and later took classes with Diego Alcazar ( percussionist from Antidoping) she studied piano with Yann (former member of Mano Negra) and took some singing lessons with numerous teachers. Delving deeper into the music field, Suika T had the opportunity to collaborate with musicians and producers sharing the same vision, leading to growth and expansion in her career.

Being that Casa Verde Colectivo was one of her first musical projects, Suika T, developed as percussionist, pianist and vocalist, having the opportunity to record on the first two albums( AquÍ Ahora & Canciones de Libertad). In collaboration with Lucio La Rua (Leonardo Vizzano) and Kadu ( Carlos Eduardo Cabral ) they create Santo Color, in with she further developed as a vocalist and would continue in this path with more musical collaborations since 2013 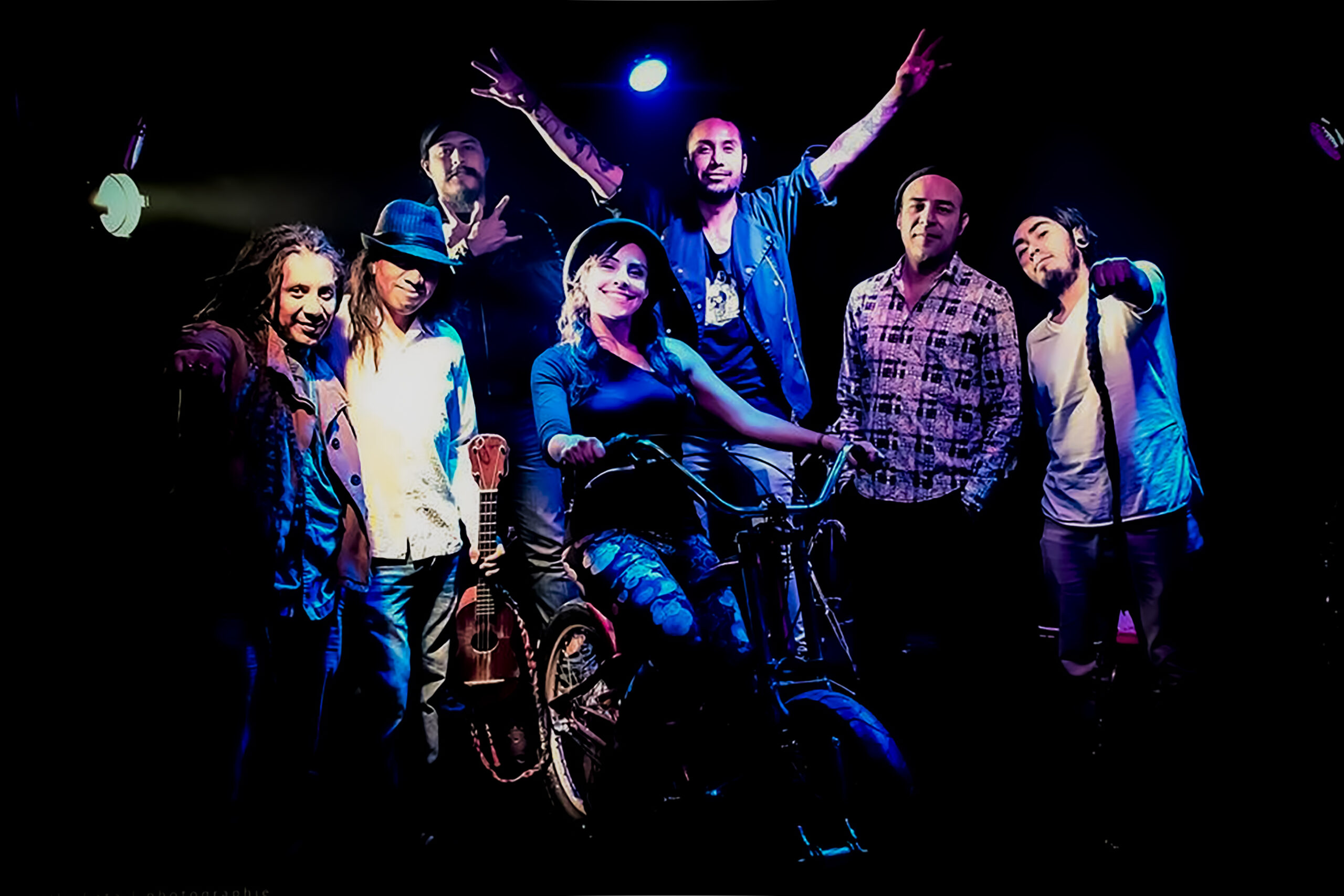 in 2017 with Lucio La Rua, Jamilah Harman y Daniela López a new Santo Color line-up was created, and together they toured the Dominican Republic and later Romania. Until today she continue playing with Daniela López Valero (Sunrise) that had recorded in pretty much all her songs. 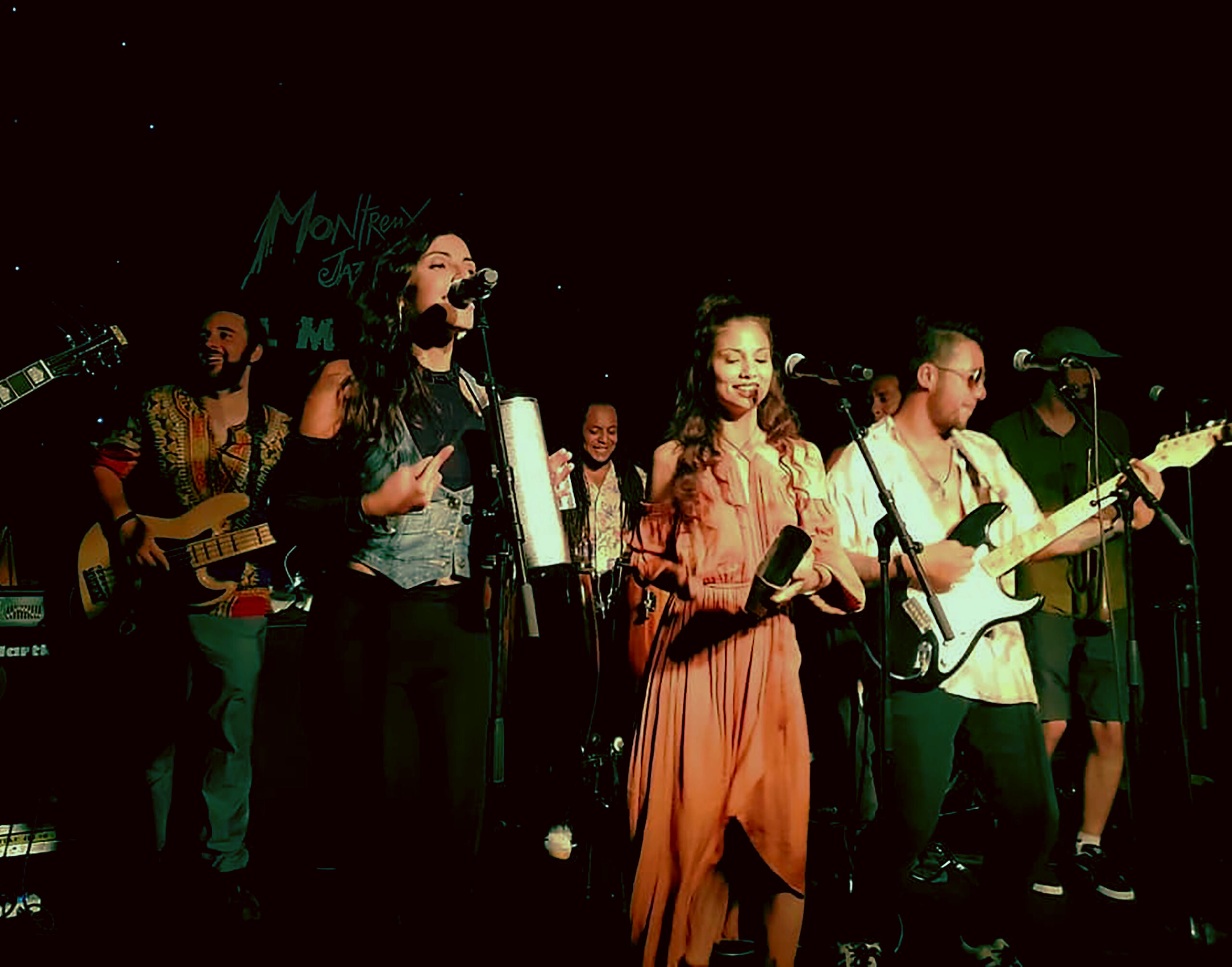 In her Career with the 2 bands, Suika T. Completed multiple tours in Europe and the United Kingdom, playing at renouned festivals, such as Fusion Fest (Germany), Montoux Jazz Festival (Switzerland), Fringe Festival (Scotland), among many more. She continued to travel to South America and Africa, always maintaining music and the road as a lifestyle.

Today Suika T. Is activity committed to her solo project, spreading her unique and representative sound.